By Flossing the Cat - July 29, 2020
The other half reckons he's a keen cyclist. This is because twenty five years ago, as a lovelorn young man, he cycled to the south of France with a girl he was running away with. After some sad and awkward sexual rummaging in an even sadder two-man tent, the girl told him she was actually a lesbian.

Now, as if to prove that the cycling gene still throbs like a strong throbbing thing within his soul, the other half has got his bike fixed.
'I put new tyres on,' he says. 'It's ready to go.'
'That's super cool sweetie,' I say. 'But don't overdo it. If you factor in that you cycled at least two hundred and fifty miles about twenty five years ago, you're already averaging ten miles a year.'
'God. You're such a bitch sometimes,' he laughs, darkly.
'Aaaw. I thought you said I was a cunt,' I say, disappointed.

As for me, my last and final encounter with a pushbike was when I was nine years old, which was coincidentally the last time I possessed rudimentary mind-body coordination. Or So I Thought. The bike was a new three-speed MK2 Raleigh Chopper in Space Blue, with high chrome handlebars that dipped thrillingly in the middle, a rear bike rack that screamed 'adventure', a long saddle you could slide back and forth on. Excitedly I took the bike to the cemetery at the top of our cul de sac, where the sloping pathways went on forever. But then, pedalling down an incline through the trees, I suddenly forgot where the brakes were. Were they attached to the handlebars? Or the head tube? Were they something to do with the pedals? Or the wheels? And what the fuck were brakes anyway?  I saw the tree before I could process it. A huge rangy thing, rearing upwards at an unnatural angle, filling everything in my field of vision. Luckily, thanks to a helmet the size of actual Jupiter, the ONLY real injuries I sustained were psychological, emotional, and social.

This spectacular lack of aptitude for the bicycle has, however, been particularly obvious during lockdown, when my social media feed has been full of pictures of families cycling through poppy fields or along rivers, towing picnics and memories, whilst the pale-faced spawn of my own withered (by now potentially gangrenous) uterus, routinely refuse sunlight, air, or exercise.

Which is why I thought that Boris Johnson offering free bicycles to the more rotund members of our community might be a good thing.
'You needn't have fixed up your bike,' I say. 'Boris might have given you one. Neither of us is exactly Slender Man.'
'Fucksakes,' he says.
'If they sort out the cycling infrastructure, I'd give it another go,' I add. 'It's the only good thing he's done.'
The other half looks at me as if I've said that the Third Reich was just a bunch of tragically misunderstood dorks, or that the Uighur Muslims had it coming, or that actually, when you think about it, All Lives Matter.
'Maybe you should join the Conservatives,' he says. 'Or go suck Norman Tebbit's dick.'
'Nom nom nom,' I say.

The other half rises from the sofa with the kind of vehemence and determination I haven't seen in a long time. I hear him rifling through the under-the-stairs-cupboard, and I wonder if he's looking for his day-glo padded bib tights and cycling gloves, which regrettably, I've donated to charity. I wonder if he's going on a bike ride, just to show me he doesn't need Fucking Boris Johnson telling him to go on a bike ride to actually go on a bike ride. Or something.

But then he returns to the sofa. With his laptop.
'I'm gonna buy with one of those wall-mounted bike hooks,' he says.

PS For those of you under one hundred, Norman Tebbit MP was Employment Secretary in Margaret Thatcher's government. He infamously advised the unemployed to get on their bikes to look for work. You're welcome.
bikes cycling lockdown Norman Tebbit On Yer Bike

Popular posts from this blog 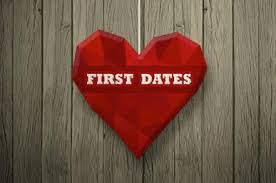 The OH and I like watching 'First Dates'. He likes the young couples. I like the old couples. This week, the old couple are octogenarians Eric and Jenny, who have lost spouses to cancer. Eric is an ardent devotee of Argentinian tango.  Jenny likes rock festivals and 'Snow Patrol'. "Not sure I can watch old people eating cheese fondue", says the OH, as Eric and Jenny tuck into starters. "Why not?" I say. "Reminds me of pus", he says. To be fair, it is Jenny who says the fondue looks like "bandages", so maybe it is she who puts the thought in his head.  But I am still indignant. "D'you think people would be revolted by the sight of us sharing a cheese fondue?" I say. "We're not that old yet ", he says. I am not convinced. "No, but say I dropped an after-dinner mint down my top and had to ferret around between my shrunken dugs to retrieve it, would people reach for the sick bucke
Read more

People are starting to talk about my car. "Your car is way old", says my daughter's classmate. "Is it from Tudor times?" They're doing the Tudors in school.  "It's only seventeen years old", I say.   I admit that my car is not exactly a luxury brand. Frankly, it is a steaming turd of a car. If you stand close enough, you can hear rusting. On the other hand, it is still my car. So I am more than a little offended by the attitude of the mechanic who gives it an MOT last week. "Sorry it took so long", he says, when I pick it up from the garage. "When you brought THAT in, me and Andrew, we were, like, you're having a fucking laugh aint' ya?!"  The mechanic leans back in his chair and laughs malevolently, which makes his neck fat jiggle. I laugh too.   (Usually, the more offensive and/or the more sexist a comment is, the more I laugh.) This is because I am a pathetic people pleaser.  "Bu
Read more